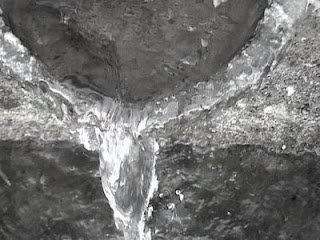 Southerly the village in less distance from 1000 metres in straight line, you can find from the archaeological service of perceivable fountain torn Stone. The fountain this is an elaborate work of Ottoman period and characteristic sample of the Ottoman art. Its name took it from its characteristic property to exist around source from which spring water but the make the water is spring from the fission of rock. The rock that exists in the buck of the fountain even if does not have any clue of water, that at all the duration of year it springs its crystal water. From the way therefore that it springs water its fountain it took name.

Pera Kipouli: Unsophisticated name that however describes with clarity the type of source. Few metres before the entrance of the village it exists space of culture crofts and more specifically horticultural. In the Cretan Eastern idioma the word Kipouli means the small garden, in this region from the older years a lot of residents of village maintained crofts with horticultural. Because of the difficult land small places for market gardening is very important for the daily Cretan life. Even in our days the use of water is used for the same reason, how many rather the older years where the lack of potable water was perceptible, more special the aestival months. 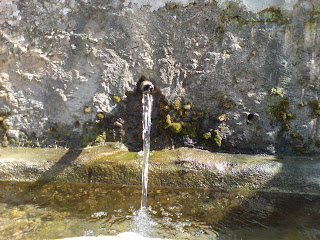 Flega: Emanating name by the word vein where in the local idioma of Cretan dialect it means the source of water. Certain metres from the village in the street to the Seli to Krya it exists Flega, quantity of water that comes out at all the period of year is capable of the livestock-farming but also of adjacent crofts. The water has the same temperature at all the duration of year make that many times causes the curiosity. And flega architectural does not have any particularity in regard to its manufacture and its use has importance so much for the history of the residents. 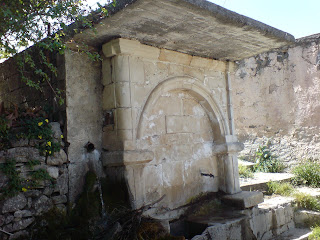 The source of Village: Apano Vrisi (Above Tap): From the narrations oldest until 1935 the village it did not have a source from which was supplied and ensured the reason water of adjacent sources but also many of unsealed wells it supplied the needs for water feeder of persons and animals but at the same time satisfied the daily needs for the culture of vegetables. In 1935 the intense needs appeared that were important and the residents’ was decided the excavation of source that was supplied the settlement through the two fountains that they manufactured later. The excavation became in point where most considered that it can exist source and be between streams.

This source was in daily use until the creation of net of water feeder in 1985 and much later in 1992 where a grid entered water from drilling, this source was alone that gave water in the village for the satisfaction of all needs. In the settlement they were manufactured the two fountains specially the bigger it accepted water from the source and it sent it in a smaller in the down part of settlement that was used mainly only as potable water. In the Big tap they received most makes of everyday life. From the guarantee of potable water up to the irrigation of animals but also for clothes washing. Natural the gossips, the news and fighting found always the right moment and the tap many times were called to wash shames and to restore the order. The tap ceased substantially it is used in 1985 when became the central installation of water feeder for the settlement.